Yesterday @mogki and I went to the Jackson, MS Comic-Con at Hinds Community College (Rankin Campus). We both had a blast. @princess_mo and @deosil met us up there. The vendors had some excellent stuff! Totally worth a look. Things were fairly priced or not to expensive and the dealers were willing to work with ya. Heroes and Dreams also gave out a free comic to attendees. 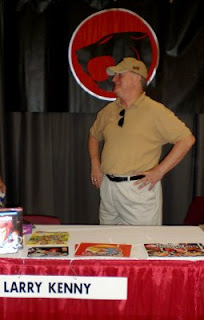 Larry Kenney was the guest of honor. Kenney is known as the voice of Lion-O from Thundercats and the voice of popular cartoon cereal characters Count Chocula and Sonny the Cocoa Puffs bird.

Marshall Ramsey had a booth where he was selling the books he illustrated and Dave Ramsey wrote. I bought two and Marshall signed them for me :)

Other booths included cartoonists, artists, comic dealers, groups, and game dealers. Not to mention all the hardcore fans dressed in their best. And of course the Heroes and Dreams Dreamgirls dressed in popular comic hero costumes and they are the ones passing out free comics. Hundreds flocked to the Con and there is still one more day to go! 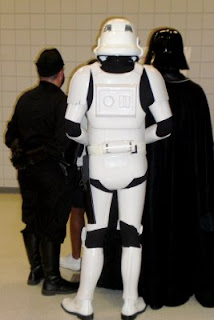 TODAY is the last day of the comic-con if you are interested in attending they will be open until 6pm. The price to get in the door is $7. The con is located at Hinds Community College in Pearl off of Hwy 80. It's the back building where the auditorium is. You can't miss it.

Of course I took pictures and video! Check out the Video below which has both.