Social Networks are changing the way we communicate every day. It seems every time I turn on my Macbook there is a new tool that allows me to communicate with my friends, family, and connections.

Twitter has probably been the easiest and most portable social network yet. Allowing only 140 characters twitter asks you to answer the question: "What are you doing?" People can follow your feed and you can follow other twitterers feed. It's the same concept of friending on Facebook and Myspace. 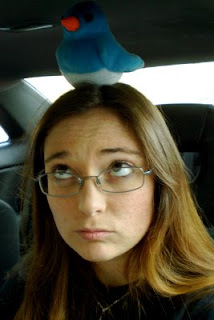 Twitter is simple without the noise that many other social networks have but still allowing many of the same features. Plus it is portable! You don't have to have a fancy phone or a data plan to use it. The only feature necessary for twitter to work on your phone is SMS (text messaging).

Twitter also allows for an almost instant communication. You can choose whose updates you receive, how you receive them, and when. Of course if you want to keep all your tweets private you can do so under settings.

But the real question is "Why would I use this?" Well, last year when I was in search of an internship I twittered it out. I almost instantly received a reply from Thomas Broadus at MPB who was looking for a New/Social Media intern. It was the perfect fit and a great experience. I might not have found that internship if I hadn't used twitter.

Twitter is also being used right now for those on the job hunt. I for instance twitter out about the kind of jobs I'm looking for and my "followers" have been great about giving me heads up on openings around the city.

Twitter is also a great way to send out a message. During Hurricane Gustav many people were in commute from the coast to Jackson or farther North for safety. Using Twitter MPB was able to keep their followers from around the state up to date with traffic, shelter, health, and weather information.

But thats not even the beginning of what Twitter can do. Twitter allows for communication not just a one way message. Comcast, Dominos Pizza, and several other businesses have seen it as a tool for customer service purposes. If someone tweets about having issues with Comcast or if someone had a quick question Comcast has a Twitter account set up for that. Any questions asked get answered almost immediately.

Twitter has been able to be used in so many different ways it's the most versatile yet simple Social Network yet.

So if you haven't joined Twitter yet maybe it's time to join the conversation.

(I know I've done articles and blog posts like this in the past I just figured I'd do another one. Plus I've been getting lots of questions from friends lately about twitter)
Email Post
Labels: Comcast Dominos New Media Social Media Twitter

ASHKAN said…
The people in Iran are using twitter now to send out news updates of the uprisings in the streets of Iran. Twitter has been a great tool for this purpose since the Iranian government banned all foreign journalists from the country 2 weeks ago.

I do think alot of ppl out there don't get the whole twitter thing.
when twitter came out I did not get what made twitter soo cool.
To me it looked low tech & dumb
but when I found out that there were apps for twitter then I got what one could do with twitter.
June 25, 2009 at 1:27 PM