The MS Grammy's Hosted by Peavey!

On Thursday I was invited to a award recognition event hosted by the Peavey's (Guitar and Amplifier). It was an event to recognize different artists from Mississippi that have won Grammy's in the past.

I got some awesome pictures but unfortunately since it was a private event and a Grammy thing I can't post them.

I can tell you the event was awesome and I had a blast. Joey Lauren Adams (girl from Chasing Amy) Hosted the show. Some of the artists that performed were; Mavis Staples', Paul Overstreet, Brandy, Eddie Cotton and The Williams Brothers. Along with, Hannah Holgersson, Anorah, and Beatrice. James Burton, known for his guitar playing with Elvis Presley, performed with Eddie Cotton. Kathy Thibodeaux, founder and artistic director of Ballet Magnificat! performed a dance while Hannah Holgersson sang.

The event was amazing and I was so happy to be invited. We were seated with the Peavey's front and center. It was awesome! Anyway I'll post a few pictures that I think shouldn't be an issue. Check it out: 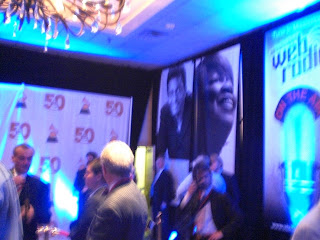 Press Room as you walked in. 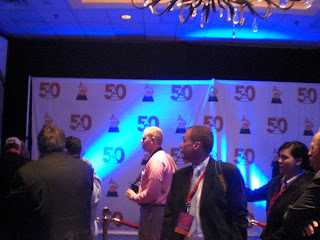 More of the PRess Room 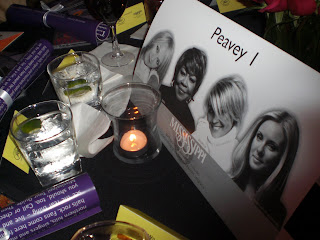 Our Table we sat at. 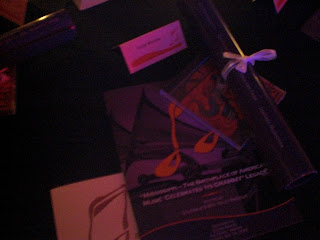 Freebies at our Seats 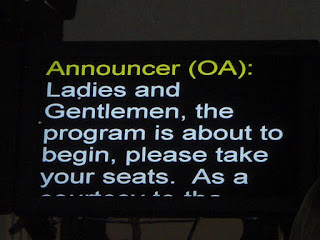 I'd rather not post the other stuff. Sorry guys. Don't want to risk an issue.

Mike Cunningham said…
Wow I didn't know you were a Blues fan, I stumbled onto this looking for your "Driving Barbie Girl" to twitter at somebody.

I really am a Blues fan, and envious of you, great seats, great show I'm sure.