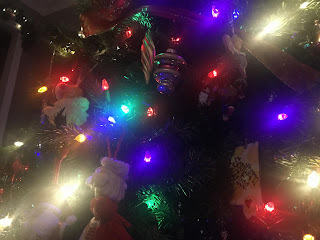 It’s only December 5th and the holiday movies have been available on streaming services since the beginning of October. Recently, Netflix jumped on the original Christmas movie content by following the Hallmark and Lifetime made for TV movie model. I’m typically not a fan of these types of movies, but I figured I would give Netflix a chance since I’ve enjoyed so much of their other original content.

Last year, I decided to watch ‘A Christmas Prince’.  I love Rose Mclver in iZombie so I figured I would enjoy this movie. I was pleasantly surprised by the writing and the acting in this movie. I knew it was going to be cheesy and ridiculous (it was) but it is a fun movie.

This year, Netflix released a sequel called ‘A Christmas Prince: The Royal Wedding’ which was just as cheesy, but not as good. The story was lacking and the acting fell flat. I still enjoyed the movie for what it is and they definitely left it open for more. A royal baby perhaps?

Recently I’ve had trouble sleeping. This evening I decided to try another movie that popped up as a suggestion from Netflix. I don’t really know if there is a nice thing to say about this movie. Joey Fatone is in it. That’s not even necessarily a nice thing to say, it’s more of a statement and I’m not sure it was a good thing.

I watched ‘Christmas Wedding Planner’. This movie took cheese, bad acting and major plot holes to a new level. The story is bland and as with any of these made for TV movie models you can see the “plot twist” from a mile away. There are some spoilers ahead so if you do plan to watch this movie, I just want to warn you now.

The main character, Kelsey Wilson, is planning her first wedding as a professional wedding planner. The wedding is for her cousin Emily who Kelsey is supposed to be close to. SPOILER Kelsey’s Mom passed away and she moved in with Emily and her family when she was young. Her Aunt and Uncle helped raise her. Kelsey’s Uncle/Emily’s Dad has passed away within recent years.

Early in the movie, Emily’s ex-boyfriend Conner shows up to her engagement party but for some reason Kelsey knows nothing about the relationship (seriously, how is that possible?). The movie starts off with a meet-cute between Kelsey and Conner at a coffee shop. Kelsey knocks into him while in line and let’s him go ahead of her. The whole thing results in this awkward order and a thing with a blueberry scone.

Fast forward, Conner turns out to be a P.I. Investigating the groom. He believes there is something fishy with the engagement and believes the groom could be after the family money. Conner won’t share who hired him though.

SPOILER ALERT (well kind of. I mean if you don’t figure this out early on there may be no hope for you) Kelsey and Conner end up together. Emily’s fiancé did have a secret that ended the wedding right at “Do you take...”.

But the moment that just had me go “Are you serious?” was NOT when Conner and Kelsey finally get together at the end, but when Conner proposes! Yes, this dude proposes to this girl after only knowing her for a short time. Not only do they get engaged, they hijack the wedding and get married that day! What world is this?! I’m all for fiction, but this is ridiculous!

I was starting to think I could watch these types of movies. I actually love the decorations and the outfits but I think I’m done. This movie killed it for me.